Not Just another WordPress.com site 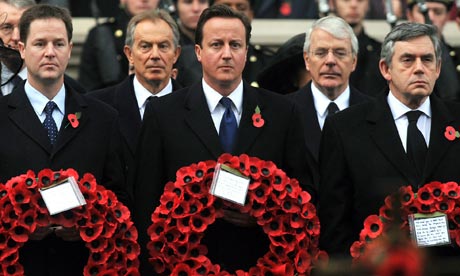 Well, well, well. Such a big fuss over a little flower. A reaction so depressingly predictable. For the record, I honestly don’t care whether the England or any other football team displays the Remembrance Poppy or not. My personal choice is not to wear one. But I have given my daughter money to purchase one in school, and my wife may also buy one. Both of my grandfathers fought the Nazis in WWII, and I remember holding a dagger my dad’s dad had ‘acquired’ from an enemy soldier in complete awe, imagining the heroism and horror it had been witness to. So I’m aware of the sacrifices made and the symbolism of the poppy. In the First World War 22,477,500 allied troops were killed, wounded or went missing in action. The Second World War saw 61,000,000 allied troops perish. Only the coldest hearted individual would see the veterans huddled together on Armistice Day remembering their friends and not feel at least some emotion for them. We should always remember these men and women, what they did, and those that died doing it. It’s part of our national and cultural heritage, and when the last veteran leaves this Earth, they deserve to be immortalised for future generations. If this was where the symbolism of the poppy ended I would happily sport one with pride every year. But it has become much more than a symbol that commemorates brave freedom fighters.

As a supporter of the anti-war movement, whilst I feel for the bereaved, dead and wounded, I refuse to validate how our governments have employed our troops since 1945. Also, I reject the red poppy on the grounds that it does not represent the victims of our wars. Of which there are many, men, women and children. As well as this, the remembrance poppy has been adopted as a political tool by right wing nationalists. It is no longer a symbol simply worn to honour noble soldiers who defeated German imperialism or the evils of Nazism, but as a display of a brand of patriotism that celebrates aggressive military conquests without remorse for innocent victims. An unquestioning loyalty to the British military complex without regard for the morality, ethics or motives of our government for sending them to war. Much the same as the Union flag, the poppy has come to represent an unhealthy nostalgia for colonialism and romanticism for an Empire that’s viewed through Western tinted lenses.

This hijacking of the red poppy coupled with urban mythology and tabloid misinformation with regards to political correctness has created a culture of poppy fascism. Anyone choosing not to wear the red poppy, or who shy away from overt displays of patriotism are accused of disrespecting the dead or of being traitorous. It’s therefore no surprise that the FIFA ruling that prohibits religious or political symbolism on football kits, has been criticised as a decision made so as not to offend ‘zee Germans’. It’s only a matter of time before one of the usual suspects blames it all on those pesky Muslims.

For once though, I think FIFA have this right, as long as it’s applied evenly. The fact that there is a perception of anti-FA or anti-Premier League bias at FIFA, coupled with the factors outlined above has created a siege mentality among a large percentage of the population. But I think they’re overreacting. We need to put things into perspective and be a bit more objective about this. The remembrance poppy is largely a British phenomenon, despite it originating in the US and having support in other Commonwealth states, and as I’ve stated it was intended to commemorate only Allied Forces. I think, in an age when the modern day ‘allies’ are involved in official and unofficial wars in Africa, the Middle East and South East Asia, an emblem that venerates our troops at the expense of other victims of war would isolate us from the wider international community. I don’t think people truly appreciate, some probably don’t really care, the extent of the ill-feeling that our persistent military interventions create. We are kept blissfully unaware of most of what happens during our invasions, and what we leave behind when our troops withdraw. I won’t go into it at length here but I’ve written about it in detail previously here.

In my opinion we need to keep the red poppy out of international sport. I’m not totally against political statements in sport, as I believe a global game like football has the power and influence to bring people together in solidarity, highlight injustices & inequality and raise awareness of just causes. But football also has the ability to divide and polarise almost as much as religion and politics, so all three combined is a potentially explosive cocktail. If causes involving wars are to be commemorated, it should be in the guise of a united remembrance of ALL victims, and a call for an END to wars. Such a gesture would go much further in the battle for hearts and minds than the occupation and decimation of foreign populations in illegal, misguided and unwinnable wars.

But apparently, this way of thinking is unpatriotic and disrespectful to our fallen heroes. Don’t I support our troops? I’d like to pose a couple of questions to the people who claim this. Who is paying most respect to our troops? Me, for wanting them withdrawn from the firing line so no more of our sons, daughters, brothers, sisters or friends are killed fighting battles that our government deem just. Or you, who are content for them to continue dying for a lost, and probably non-existent, cause? Who is the traitor? Me, for not being able to bring myself to wear the red poppy, but will bow my head in contemplation, hope for an end to the killing and respectfully observe the silence? Or the politicians, who will wear the poppy, stand stony faced and contemplative on our TV screens, only to consider sending our troops to Iran for yet another suspect invasion with selfish and dishonest motives, on flimsy evidence?

It transpires that England (as well as the other Home Nations, which has barely been mentioned in the national media) will be allowed to wear the poppy on an arm band, instead of on the actual shirt. I have absolutely no idea why this is deemed an acceptable compromise by FIFA, as surely it’s the displaying of the poppy which is the issue, not that it is printed on the garment. But this is FIFA we’re talking about. If FIFA’s capitulation to pressure from David Cameron, Prince William (not forgetting the considerable efforts of attention seeking racists Tommy Robinson and Kevin Carroll of the EDL), sets a precedence, can we expect other teams to test the resolve of FIFA in the future? Does this also signal the willingness of the British public to allow other wars or political causes to be commemorated that we may find distasteful? I doubt this very much. We seem to possess an arrogance and sense of superiority that convinces us that the rest of the world should be falling over each other to be thankful for our  liberating endeavours. That our cause is the most righteous. A pomposity that shows such a lack of self awareness and humility, desperately clinging to memories of our imperial past.

To summarise, my feeling is that wearing a poppy should be entirely personal, as should how one interprets its meaning. But for me, there are too many connotations that make me uncomfortable. I would be compromising everything I stand for and validating all that shames me about our foreign policy and our colonial history. You may choose to wear a poppy, yet still share my feelings on our recent and current military activities. That’s your choice. But allow me mine. The same soldiers who fought for our freedom against the Nazis, fought for my right to choose not to wear a poppy.